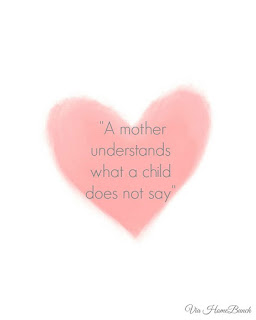 I've been putting off writing this next post for one reason; it’s full of positivity, bonding and love.  Us Too is supposed to be a blog about families struggling with mental illnesses, and lately I feel as if it’s coming across as one big brag fest. Plus it deals with “girl stuff”, which doesn’t make me uncomfortable, but it's not for everyone.

The thing is, all of this is our story. Like in any family, you get the good with the bad, the easy with the difficult, the function with the dysfunction. Thankfully, when Jordan was in 6th grade she was bright, happy, and confident. Here’s what happened…

I got a text from Jordan saying she had something to tell me. I asked if it had to do with basketball. “No”. Friends? “Nope”. Your body?? “I don’t know...”. So I knew.  She got her period. My baby was becoming a woman! It's funny, you know it's going to happen, but when the day finally arrives, it's still confusingly astonishing. Or maybe it's just me?

What happened next made me tear up. One of Jordan’s friends, who needed bras but “couldn’t” talk to her mom about it, told Jordan how lucky she was because she could talk to me about anything. Yay! (please keep in mind that the actual word "yay" came straight out of my journal.)

Now I ask you, what more could a mom want than that?

You Have Learned Well, Grasshopper 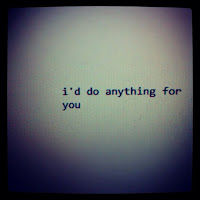 This was not where any of us wanted the conversation to go, so once again, I apologized. I told her I knew she thought we didn't “get her”, but we just wanted what was best for her. With teary eyes I explained how when something hurts her, it hurts me.

She then looked at me, said she thought I needed a hug, and gave me one. Talk about maturity. She also admitted to being hungry and tired before we spoke. Maturity and self-awareness. Can you see why I love this girl?! :)

In my defense (and I assume in defense of many parents), we all want what’s best for our children. Jordan was upset, the volunteer coach was coaching in the manner he felt best, and deep down we all knew that Jordan had the coordination and skills to make baskets. There was one thing stopping her, though. Call it fear, uncertainty, lack of confidence, discomfort, Generalized Anxiety Disorder… It really didn’t matter what we called it. What was important was, because of this “disability” (which is the diagnosis), she wasn’t able to perform at the presumed, necessary skill level.

It may have taken considerable internal growth, but I can now say that I think I finally "get" what makes Jordan, Jordan. 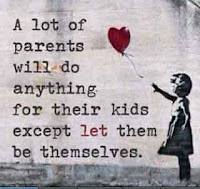 Here's an example of what not to say to your sixth grade daughter:  “That’s great. Why play basketball at all then?!”  Yeah... cringe.


Here’s how it went down.  Jordan’s team was in a tournament and they played four games. She was one of the few who played in only two of the four.  She complained about this, and also informed us that she sits during most practice scrimmages.
I was torn.  I understood that a travel team was more competitive, that they wanted to win, and that by playing the skilled girls, there was a better chance of that happening. That being said, the coaches chose not to cut any girls from this team. And aren’t the less aggressive girls the ones who would benefit from more play time in the scrimmages?


We began a conversation, and frustrations were running high. It probably doesn’t need to be said, but when a mother and daughter are both frustrated before a conversation even begins, it’s probably better to postpone the dialog. We didn’t do that.


I informed her of the possibility that the situation could change, if she got four or five baskets per game (which is ridiculously cringe-worthy). She proceeded to scream "I CAN’T!!”. This statement makes the hairs on the back of my neck stand up, hence my lovely comment asking why she even played the sport.


You know, the more I write Us Too, the more clear it becomes that maybe I was the difficult one, the one who tended to elevate the issues.  I think we all have certain expectations regarding our kids, whether we admit to this or not. It comes from a place of pure love. The thing is, it’s not until they get older that we realize what little influence we actually had on them. Maybe life would have been a little easier if we had allowed them to be their true selves when they were younger.

Huh. I think I just confused myself.

The Power of Patience 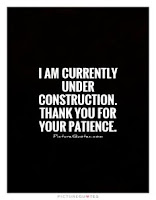 There's one thing I could say about middle school: The teachers didn’t have a clue about your children, at least not in the beginning of sixth grade.  In their defense, how could they? I realized this the first time a middle school teacher yelled at Jordan. At my Jordan! I'm sure I don't need to tell you how mortified and overwrought she was.

All because she had an orthodontist appointment, and I picked her up a little early from musical practice.  Apparently, the protocol was to send an email first.

The minute she slumped into the car I knew something was wrong. She was on the verge of tears, and wouldn’t tell me anything. Finally she mumbled, “I got yelled at.”  My instinct was to turn the car around, march into the school, and get right back in the teacher’s face, but at Jordan’s request, I refrained. I had the tendency to lose my crap when it came to people disrespecting one of my kids, and Jordan was not a fan of this reaction.

Who’s fault was it that she left early?  I picked her up. I made the ortho appointment, and I was still responsible for communicating with the teacher. So yell at me, send me an email. DON’T yell at my child, who had never, ever been reprimanded by any adult other than her parents.

Weeks later Jordan informed me that this same psycho teacher screamed to the entire ensemble that they “suck”, while she was looking directly at Jordan. Whether Jordan’s perception or an accurate account, I’ll never know. Again, I “went off” about this. I ranted about how Jordan didn’t have to participate in this extracurricular activity, especially if it was led by such a diva, and that the principal should be told, but again, I respected Jordan’s pleas and resisted the opportunity to get more involved.

Thankfully some colleagues reminded me that my job as a parent was to help my kids deal with situations like these, not bail them out and make their lives instantly easier. The funny thing is, years later this same teacher has shown herself to be a warm, caring person, who has made quite a positive impact on both Jordan and her brother. You just never know...

This leads me back to my original point: Middle school teachers do not know your children to the same degree as their elementary teachers did, but this is to be expected. It’s a new situation for everyone involved, and new situations require new levels of understanding and patience.

I was repeatedly being reminded that my job was to continue working on the patience portion of life. 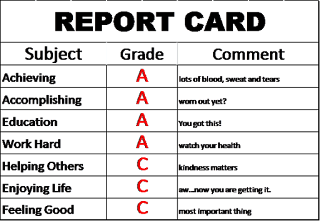 The day had arrived.  Jordan came home from school and told me that she got "dum dum dum dummm" --- a C on a math test. (As a small reminder, a C is, and always will be, average). She was not happy.  How did I know? Her exact quote was: “Mom, I am not a happy person!” She was worried that her teacher would be angry and yell at her.  None of this was surprising. She was almost obsessed with getting 100% on all her tests, and so far her track record was basically perfect.

Her reaction made me smile. I guess it made sense for someone who never got lower than an A, but did Jordan actually think the other kids in her classes had similar grades? I know one thing, if Jordan’s theory was true, our middle school teachers would have spent more of their instructional time yelling, than actually teaching.

Forget the fact that in our school district if a child did well in, let’s say, fourth grade math, they were moved into advanced math. I assumed this meant the next class would either move at a quicker pace, or enrichment materials would be implemented into the curriculum… but no. Our higher achieving math students got to skip a year of math. An entire year! So the following year, the bright fourth grader slid right into sixth grade math. What?  It’s a good thing mathematical concepts don’t build upon one another, because if they did... these bright kids would begin to feel lost, overwhelmed and begin to fall behind.

Really?? (As I regress, realizing this could be a topic for an entirely different blog.)

This was the first time we needed to have the conversation with Jordan. You know, the one that goes: "As long as you try your hardest, we will always be proud of you, even if you get an F.”  If I had a nickel for every time I said this, I would be loaded.  $ :)