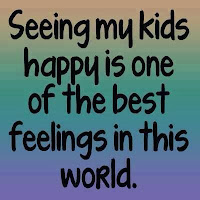 Fifth grade was such a positive year for Jordan. She finally got a teacher who challenged her academically. This teacher was able to connect with the kids, especially the bright ones, and she made history come alive. My guess would be that she was a bit like Jordan when she was younger; conscientious, hard working, a perfectionist. Jordan was completely at home in this classroom. She was pushed, but she was comfortable. She would speak out loud, ask questions, and contribute to class discussions. I didn't realize how well things were going, until she said to me “Mommy, I love my life!” Yay!

When we walked the dogs she would latch her arm with mine. She would come home after school just beaming, although sometimes a bit hyper, and tell me all about her day. A kid like her, one who honestly loved to learn, deserved to enjoy school. It was about time.

Once in a while she and I would discuss her changing mood swings. We both realized they were extreme, so the topic would sometimes come up. I assured her that we would always support and love her through the ups, as well as through the downs.

I'm not sure why I didn't end the conversation there; this could have been another poignant Proud-Mama moment. Apparently, I felt the need to continue on with the dreaded "but...." “But you still need to try to separate yourself, and try to stop it, when you feel a down beginning to start.”

Dependent Upon the Pills

I'm going to take a short break from our story, to briefly share my newfound understanding of the importance of the wonderful, man-made substances known as Selective Serotonin Reuptake Inhibitors (SSRIs).

I have lived for 45 years, SSRI-free.  Then, as circumstances would have it, I began to watch both of our girls slowly get swallowed up by life.  Things began spinning out of control for me, hence the unquestionable need for Zoloft. Along with therapy, taking one pill each day helped me gain control over my emotions, so I could begin to participate in life again.

Fast forward to today. Both girls are thriving. Yes, they are still medicated teenagers, but they appear to be one step ahead of whatever life throws at them. Ahh.  Logically, now would be the perfect time to cut back on my meds, because obviously, my anxiety and depression were situational. My brain must have calmed down to the point where it doesn't need the assistance of outside chemicals. Right? Notice I didn't say I was going to go off of the Zoloft.  I would like to think that as an adult, I have enough sense to realize this would be a terrible, risky idea. That being said, I now have a deep empathy for the many teens out there who have stopped taking their medication, for whatever their reasons.

It's an odd concept to realize that a pill has the ability to either change your personality, make you "happier", (or easier to live with), or help you better fit into the "norms" of society..
So, the real me was, what?....NOT okay??

Here's what I noticed while I cut back on Zoloft:

All of this because I cut back a half a Zoloft. every other day.

I'm not sure if I'll always need to take one Zoloft a day, but for now I'd rather be a calm, content person, than a worried, worked-up pain in the butt.

Did We Do Everything We Could? 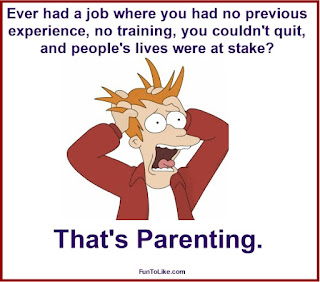 Here's one more example of how Jordan warmed my mama-heart. When she turned nine, we gave her an ipad Nano. I was worried it was a bit excessive for her age, but watching her open it, negated all of my doubts. She was so overwhelmed that initially she didn't speak. Then she quietly asked how much it cost; as if she didn't think she was worthy of receiving such a gift. I almost cried.

We told her it doesn't matter what it cost, and she deserved this gift because of who she was, and all of the special qualities she possessed. It was so fulfilling to see our child show a true appreciation for something.

I'm not sharing any of this to brag or gloat about how special Jordan was. I'm trying to explain why we weren't always sure how to handle our situation. To me, it was hard to know if the decisions we made were actually in Jordan's best interest. You know, the "what ifs"... What if we would have gotten her help sooner, what if someone told me that going head to head with a child like Jordan, may not have been the most effective way to deal with her?

I was certainly aware that she was intense, hard on herself, and struggled to control her emotions, but here's the thing... there were also many times when she was a happy, exuberant child who loved to learn, and had a true zest for life. So would she have benefited from earlier professional intervention? Your guess is as good as mine, at least back then.

Unfortunately (or fortunately?) as we watched Jordan mature and get bombarded with the academic and social pressures that go hand in hand with life, Generalized Anxiety Disorder, and being a perfectionist, the question "to get help or not to get help" became blatantly, painfully clear to us. We did need help.

The Gift of Parenting

Although it may seem as if most of my time spent with Jordan was angst-filled and stressful, it certainly was not. Granted, I was drawn to my journal during the rough patches, since writing was one of my coping mechanisms, but there were many journal entries where I just gushed over Jordan. Here are just a few examples:

“Jordan is an awesome person who really has learned to control her temper and anger."
"Jordan is so special, mature, and is becoming very self aware."
"Wow. Jordan is only going to get better and better! (if that's even possible) She has friends, she is happy, and she is well rounded. Life is good."

As you can see, there were moments when I was thoroughly amazed by her abilities. When you are given this gift (the gift of parenting) which allows you to watch your child slowly morph from a totally dependent infant, into a self-assured, small person; it has the tendency of becoming all consuming; almost mind blowing... but in a good way. It's like watching a miracle blossoming, right before your eyes.

I'm not sure if all mothers, or all parents, for that matter, feel as emotionally attached to their children as I. My assumption is that they do. I realize that I was greatly effected by basically everything, each one of our kids went through, all of the time. For better or for worse (because yes, the highs are wonderful, but the lows are excruciating, and nearly unbearable), I still am today. I guess it's all a part of being a parent.

I think I should mention that when we traveled to visit with family, we were all pushed to our limits (hence the clashing-of-basketballs-and-heads saga). All five cousins slept together in an open room, so we reluctantly gave up on enforcing a reasonable bedtime. One wall in their 'bedroom' was comprised of a lovely, huge, sunlight-entering window. Did you ever hear the saying: "Early to bed, early to rise, makes a man healthy, wealthy and wise"? Well, if that is the case, then I guess: "Late to bed, early to rise, makes an entire family... cranky as crap."

These 'vacations' were those special times when Jordan was so sleep deprived that she was basically delirious, and collapsed on her own. Remember, she almost never took naps or fell asleep. Waking her up at this age was, quite honestly, frightening. It was as if she entered into another world, one that was filled with frantic, anger-filled emotions. During these times it was as if she wasn't even our Jordan. During this short time span, she was unreachable. Watching Adam attempt to carry this big, angry, almost-nine-year-old girl down the stairs was sometimes surreal, not to mention nerve-wracking and precarious.

What was also surreal was witnessing how she would manage to get herself together enough, so that we were almost never late to wherever we needed to be. No one would have believed it, unless they were witness to it. Unfortunately, many times, these incidents left little time for her to eat. Great. A hungry Jordan isn't much easier than a tired Jordan.

Please be patient. The next entry will consist only of excerpts from my journal showing how much I gushed over Jordan. That happened a lot too.