Picture this lovely scenario. It’s dinner time. Like usual I yell out the annoying, but ritualistic “Dinner!” Within a few minutes Adam came in, then Kevin, then Kayla. But no Jordan. She was on the computer, which apparently was much more important than having dinner with the family. At first we calmly asked her to join us. Nothing. So we raised our voices. Still nothing. I’m sure we even tried the “You don’t know how good you have it. You have food and a family who love and value you…” You guessed it. Nothing. I have never been big on letting my emotions completely take over my behavior, probably because I feared the possibility of going too far. I have a list of inappropriate words that could fill...well, they could fill about 13 journals. I tried to maintain my self control. I have previously written that, yes, we occasionally smacked our kids' butts when they were younger. (I think I can actually feel an eye roll or two.) This was our parenting choice, and I have no regrets. If a child runs away from you and towards a busy street, I don’t think a smack on the butt is particularly damaging. This especially holds true if you have one child who tended to not even flinch, when you raised your voice. I’ll jump off my soapbox now. Back to dinnertime. We were at a complete standstill with our thirteen year old. Again. I have mixed feelings about my next course of action. I calmly tipped Jordan out of the computer chair. Actually the exact wording in my journal read, "I dumped her off the chair". Cringe. You'll never guess what happened. Without argument or attitude, she walked into the kitchen, apologized, and sat down to eat with us. Argh. Thank you. Us Too 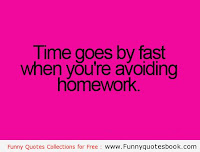 Jordan’s 8th grade year began much like the others, with excitement and confidence. Even though the end of summer always met me with a twinge of sadness, a bit of anxiety, and my not-so-pride-filled why me? attitude, it was nice to see Jordan begin each school year ‘in her element’. The organization and structure of school may have been torturous for some students, but for a young teen like Jordan, it was safe and comfortable. As the weeks passed by and the workload increased, so did her stress level. Again, homework began to take an exorbitant amount of time. One night she claimed she didn’t have enough time to study for a math test, and consequently she received a 75%. For someone who was accustomed to all A’s, this was not easy for her. to accept. I braced myself for a rough night, fearing the common self denigrating behavior, but thankfully she had the option for a retake. Sometimes it’s the little things. The good news was she heard one of her teachers telling the class that homework counted for only 3% of the grade. Three freakin' percent! All the crap and torment night after night, year after year... If she did zero homework all year, in theory she could have ended up with a 97%. Dammit. I would be remiss if I didn’t mention that Jordan was aware of the homework policy before her teacher shared this (possibly, hopefully) life changing bit of information with the class. Adam and I must have shared it with her a thousand times. Who knows, maybe she wasn't listening. All I could do was hope that hearing it from this teacher, at this specific time, would be enough to help her gain some control over her homework difficulties. Thank you. Us Too

That first therapy session was in the summer before Jordan went to eighth grade. I find it very interesting that I only wrote in my journal three times that summer, and none of the entries were about Jordan. Yay! But also, Hmm...


Could it have been I overreacted all those years, and things weren’t as tough as I had perceived them to be? I went all summer without venting into my journal, which translates to; we went through an entire summer without the proverbial sh*t hitting the fan. Have you ever noticed that when things are going well, it's hard to remember/acknowledge/believe a time when they weren't?

Good thing I kept a journal.


Experiencing this uneventful summer makes me think. Maybe all Jordan’s issues were situational. Would she have been happy, secure, and better able to cope with life if she had no real responsibilities or outside pressures? Perhaps, but it’s not like I began journaling when Jordan was faced with the outside stimuli of school. Our Us Too story began at the time of her birth, even if I didn't know it at the time. Plus, having fewer responsibilities may have the propensity to lower anxiety levels, but it doesn't do much for those who battle depression. It's frustratingly-intriguing and discouraging how intertwined anxiety and depression are. Yes?


Conceivably, Jordan’s therapy sessions could have attributed to our pleasant summer. It was possible that she was on her way to being “cured" (probably not one of my best word-choices), but I have a feeling it’s never quite that simple.


On the bright side, the Becks had a good summer that year. :-)

So far Jordan had gone to therapy two times. She wasn’t thrilled with her therapist, who inconsequentially, I was quite impressed and comfortable with. She gave Jordan a homework assignment, it was to write 20 positive things about herself.  She absolutely hated doing this. Because Jordan had been making the conscious decision to avoid the "boy drama" that most of her seventh grade friends were involved with, her therapist believed she was eons ahead on the middle-school-maturity-level scale (if there is such a thing).

Although this may have been an accurate assessment, and perhaps somewhat reassuring for me to hear, avoiding your middle school friends’ drama can only lead to isolation and self doubt. Yep. She told me she was lonely and felt like no one wanted to hang out with her. Middle school can totally suck.

Three of her friends were cutting. If you're fortunate enough to not know what cutting is, (said no middle school parent ever) it is defined as:  “Nonsuicidal self-injury, often simply called self-injury, is the act of deliberately harming the surface of your own body, such as cutting or burning yourself. ... Rather, this type of self-injury is an unhealthy way to cope with emotional pain, intense anger and frustration.”

Terrific.  I felt badly for these girls, but why the heck was my daughter hanging out with them? These were some real issues that I had only heard and read about. One of her "friends" claimed she was cutting because of Jordan. Oh, that was just what we needed. I thought my head was going to explode. Laying all your crap on my child? That was not okay.


Good times.
At this time, back in 2011, Jordan was diagnosed with Generalized Anxiety Disorder...
Thank you.
Us Too

She appeared nervous and reserved.
I was nervous and hopeful.
She walked away. They closed the door.

Putting your child’s well-being in someone else's hands.
Both unnerving and humbling.
I feel her leaving.

Or maybe coming back to us.

I have helped others
Encouraged and supported.
Why not my own child?

I pondered and wrote, while waiting and wondering:

Would your expression give me a clue?
Did you let her enter into your world,
the world slowly swallowing you?
Can she help you?
Will you be okay? 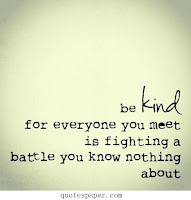 Just a reminder.
There are superheroes lurking
in places you may not expect.
So please think before you talk,
especially about mental illness.
A little sensitivity can go a long way. 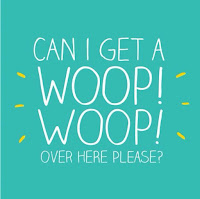 Anger
During a choir concert Jordan was so angry at the director that she dug her fingernails into the palms of her hands, She didn’t realize she was doing this until the concert was almost over, and the marks were still visible afterwards.

Hope
On May 21st, 2011 Jordan went to her first therapy session!  Praise whoever/whatever you believe in!!