Now that I think back, I remember telling Weeze (aka my mom) that I wasn't comfortable disciplining my kids in front of her and my dad.  Maybe it was because I wanted them to think that my kids were perfect and we didn't have any problems with them. After all, my grandparents didn't see my brother or I get yelled at, or misbehave in any way. We are always on our best behavior when we were with them. But we only saw them for short periods of time. We would go over and celebrate a holiday or birthday, enjoy the day, and then drive home.

When Weeze and Dad came from Florida, which they eventually did five times a year, once for each grandchild's birthday, they stayed with us for a week or more. They temporarily moved in. I loved when they did, and I wouldn't have changed a thing, except for maybe the number of tantrums thrown. I wouldn't have changed anything because they really did get to know our kids.  They witnessed the good, the bad, and the off-the-chart, behaviors.

It was all out there for everyone to experience. It's hard for a family to be on its best behavior for over a week, night and day. And when I say hard, I mean it's pretty much impossible.

Years later, when Jordan wouldn't, or more accurately, couldn't get herself off her floor on Mother's Day, it was Grandma Weeze who talked to her, dried her tears, and eventually got her to join us. I tried, but I was too in it, too hurt, too emotional. I realized that I wasn't helping, so I backed off (not easy) and asked Weeze if she would be comfortable giving it a try. And thankfully, she was.

I wonder if we ever really stop learning from our parents...

So Adam and I did learn, and we really buckled down. We were a team and always tried to back one another up. We began confronting her defiance, her throwing of toys, her anger, calmly and quickly. And it began to make a difference. Her tantrums weren't less intense, but they were shorter in duration. She started to settle down in minutes instead of hours. She would come down and tell us that she was sorry. Woo hoo! Things were getting better. 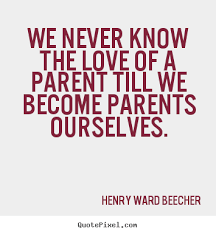