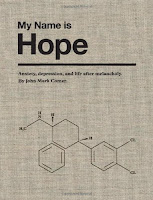 The summer before Jordan's freshman year was coming to and end and it may have been the first time ever, that I was the most anxious person in the family. Kevin was going into middle school, Kayla into 8th, Jordan into high school, Adam was starting his new job, and I was going back to work. All of this was going to happen on the same day.  After four more days of freedom, the Beck's were going to be busy!

I wasn't so naive as to think Jordan would remain calm and "even" throughout her entire freshman year, but I was hopeful.  With less than a week of summer remaining, there were still no signs of Jordan shutting down, lashing out at us, or freaking out. This was a big deal.

It was difficult for her to say goodbye to the younger boys in her choir, but if I've learned nothing else throughout my lifetime, it's that change hurts, and basically it tends to suck.  Her reactions and emotions were "normal" for lack of a better word, and I was relieved she was coping so well. She had been happy, upbeat, pleasant, and plowed through her Human Geography paper in one day, without worrying. Without worrying!

Um... who was this child, and what have you done with our Jordan?

She appeared not only to tolerate the Lexapro, but also benefited from taking it. It became crystal clear to me that chemical imbalances are very real, and they should (and more importantly can) be treated medically.

At this moment I guess I became a believer.