As if One Sad Baby Wasn't Enough 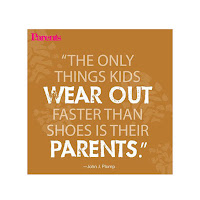 Obviously, I was furious. I couldn't believe Jordan would hurt her younger sister in such an exclusionary, mean manner.  Was she jealous, envious, or angry that Kayla was even born? At the time it didn't matter why Jordan told her friend to erase Kayla's name, only that she did it.

After I calmed down, Jordan and I had a long talk. I explained how I wasn't concerned with the behavior of other people's children. What was important to me was how my kids reacted, and more importantly, how they treated others. Again I spoke of Team Beck, because if they didn't stand up for one another, who would? I had a hard time getting over this one. Kids being mean to my baby girl was one thing. One of my babies having a huge part in it...

I spoke from the heart, mostly because mine was hurting. I made sure I wasn't cruel or cutting with my comments and observations, and I didn't know how Jordan would react. She began crying hysterically and told me she didn't know why she was so mean to Kayla. Her exact quote was "I know how nice Kayla is, and I know she doesn't deserve to be treated badly."

This was confusing for me. In only a few minutes she flipped everything around. I didn't (and still don't) believe that she was turning on the tears to get attention, or to "play" me.  Call it Mother's Intuition, but her reaction felt real. She was beside herself, sobbing, telling me she didn't understand why she acted the way she did, and that she couldn't help it.

I did sympathize. My baby was struggling. But in my mind, at this specific time, her treatment towards Kayla, by far trumped her internal conflicts. I made it clear that it was unacceptable, and I didn't expect it would ever happen again.
Not fun.