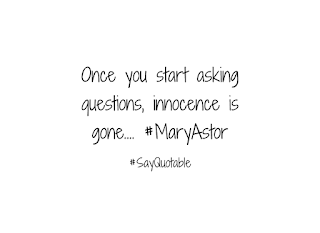 Jordan was one of those kids who got very "into" the holidays. I use the word into, to avoid terms such as "infatuated", or worse yet, "obsessed-with". She would write letters to leprechauns, letters which were comprised of non-rhetorical questions, which she expected/hoped to have answered. This may not not sound difficult to you, but I'm 50% Italian and 50% Russian Jewish (aka: a Pizza Bagel). Leprechauns didn't exist in my world, until after I had school aged kids.

Jordan also spent hours and hours creating and decorating intricate traps, in the hopes of catching a leprechaun, as well as the tooth fairy. This added a whole lot of stealthy, night-time pressure. Then there were the more common rituals; letters to Santa and the Easter Bunny, cookies and milk, and sparkly reindeer food. I can't tell you how thankful I am that the Elf on the Shelf wasn't a thing yet.

After losing two teeth, Kevin asked Jordan if she believed in the tooth fairy. She questioned me, and I knew it was time for “the talk”. It all came out; the truth about the Easter Bunny, Leprechauns, the Tooth Fairy, and Santa Clause. She was ten, and admitted that she thought they weren't real. Her confusion stemmed from not knowing who did the buying and the giving.

So, Jordan was ready for the truth, although I'm not sure how ready I was. I got a little teary-eyed while we talked, and she patted my shoulder. She was comforting me, her mother.

Having three young children who 'believed', added a simple innocence and magic to the holidays. Our Christmas mornings continued to be filled with holiday excitement, love, and family togetherness, but... they were different..

If I have learned nothing else in the past 19 years, I have learned that life is always changing (whether we like it or not). The sooner this concept is understood and accepted, the easier the transitions will be. And believe me, I'm no expert when it comes to the acceptance-part of this concept.

It wasn't long before I had another "talk", with Jordan. And this was one of the bigger ones.