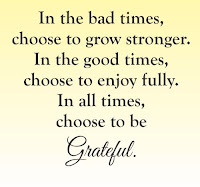 As I stated before, fifth grade was going well. One day Jordan wore her fuzzy, purple socks to school, over her pants, get this... "just to be different". This was BIG. She came home saying everyone liked them. We had now entered into a whole new world, and this world was filled with confidence and happiness. I loved this new world, and hoped Jordan would remain there forever. But as the ridiculously talented Prince once told us, forever is "a mighty long time."

Thinking back, if I had to chose a specific time in Jordan's life when perfectionism began to rear its intrusive head, this would be the time. She began to spend an exorbitant amount of time and effort on her homework. She enjoyed doing it, which was great, but she would get very upset and refuse to go to bed before it was finished.

Our instincts were to let her finish, but here's the thing...

When we were kids and had a paper due, we could grab one of our encyclopedias, look through our notes and textbook, and the research process was complete. It may not have been the most thorough paper, but it was done. When Jordan was in fifth grade, she had access to the newfound internet. For a child like her, one who believed her work was never quit good enough, the internet was not only an endless source of data, but also an endless source of self doubt. How can a child be expected to do her best work, and fully complete an assignment, when she knows how much more information is out there?

The struggle was real, but overall Jordan's fifth grade year was shaping up to be a positive one, socially and emotionally. I think she and I were both, 'enjoying it fully'.