Just a Quick Thought About the Recent Tragedies 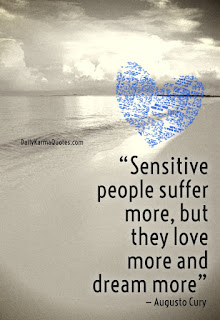 I mentioned in an earlier post that I believe there are different types or levels of depression and anxiety. I have been reminded of this by watching Jordan try to deal with, and process, the many violent tragedies that have been occurring.  She has the desire to make a difference, but stated that she "would have no idea where to start."

When I was young I remember practicing the "bomb" drills in school. We heard something about the Russians and went into the hallways and covered our heads with our arms. Was I frightened? Not very. After that drill, we would talk about it for a short time and get on with our day. No one was bombarded with news, hype and media on a nonstop basis.

I asked Jordan if she might think about turning off some of the news feeds that she gets on her phone. I have learned throughout the years not to tell her what to do. That tends to fall on deaf ears.  I'm not suggesting that she ignore the world, but just take a break from it once in a while. Her reply: "I don't know." It's better than a no.

So, please think of those people who are extremely sensitive, react intensely to small triggers (or in our current world, big ones), have trouble self soothing, and are emotionally volatile. They may require a little more patience and understanding than usual.