When Appearances are Deceiving 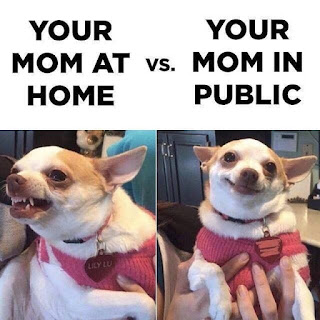 No one would have believed what we had experienced minutes before arriving to the game. Jordan appeared to be one of the most conscientious, well behaved, mellow, shy players on the court. I wouldn't be surprised if people wondered why Adam and I were a bit standoffish, and tended to keep to ourselves. Every one of these emotionally charged episodes took a toll on each of us, though we were adept at hiding this when out in public.

As difficult as it may have been for Adam and Me (as well as Kayla and Kevin, who were either watching or listening) imagine how Jordan must have felt. She perceived her younger sister as outplaying her, she lost total control and shouted angry, hurtful words to her parents: the two people who loved her more than anything in the world, and then she had to play in a game that caused her great anxiety, even on a good day.


Keep in mind, being on a basketball court is somewhat like being on a stage.(Which is ironic since Jordan participated in musicals and choirs throughout her four years of high school.) All eyes are on the players, possibly in a critical fashion. After being so frazzled, I had enough trouble watching and focusing on the game. I couldn't imagine having to remember specific plays while trying to get a big orange ball through a hoop hanging only a few feet from a bunch of competitive, protective parents..

Jordan was, and continues to be, one focused, tough cookie.