A Wee Bit of Karma 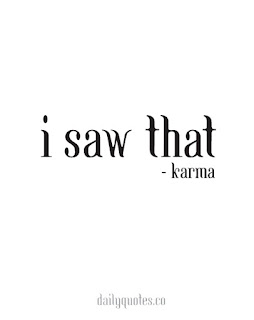 She sat on the potty, but nothing happened. She was furious and kept yelling “But I don't want to!”. I told her that she could get off and put a diaper on, but only if she put it on by herself. I wouldn't help her.

I knew that she couldn't do it by herself.

This is a HUGE cringe moment for me.

She played naked for a while, and then she decided to go up to her room and put a pull up on. A pull up. You know, those things that make it easy for kids to continue peeing and pooping in their pants? I was angry.

Thinking about this today, I can see that she actually made an ingenious decision. It was a clever solution since she was in a situation that obviously seemed, and pretty much was, impossible for her. But back then, I wasn't so level headed or impressed by the rational thinking skills of my three year old.

After she put the pull up on, I said to her “You don't want Mommy to lose her mind, do you?" Strangely, I said this very calmly, and I told her to take the pull up off. Shockingly, she did just that, with no arguments.
She tried to get a diaper on by herself, and ended up peeing on the carpet. This was approximately thirty seconds after she was sitting on the potty, not peeing. I was not happy. She helped me clean it up.

The word karma comes to mind right about now. Because no mom wants her carpet peed on. Ever.

Thank you.
Us Too