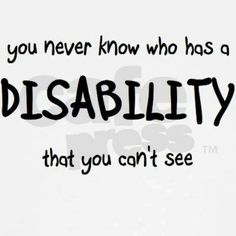 Our kids were fortunate that their elementary school bus driver stopped directly in front of our driveway. This is unlike the middle and high school bus, which blows right by if the kids are not within an inch of the designated stop.

How great was this for a kid like Jordan? She never had to worry about finding a place for, or even worse, opening, a stress-inducing umbrella. She didn't have to look both ways before crossing the street. Things were going great, until there was a substitute bus driver.

Because apparently, substitute bus drivers weren't made fully aware of the small acts of kindness, that the everyday-bus driver, so thoughtfully did. For instance, he may not have been told that the stop for the cute, silent, kindergarten girl, had been moved to the end of her driveway.

So the bus drove right by our house, and Jordan didn't say anything. It just kept on going. Thankfully, her friend yelled out for the driver to stop. At this time, I'm sure I had assumed that if her friend hadn't spoken up, she would have. Eventually. Because there was no way she would have said nothing, while traveling further and further away from her house.

Obviously, I didn't fully understand how debilitating the symptoms of anxiety were/are. Actually, the word anxiety wasn't even a part of my vocabulary back then. I did realize, and admit, that she was a shy child. I did write down my concerns regarding how she appeared not to be able to take care of herself like some other kids were.

But not in a million years would I have guessed, that thirteen years later, she still wouldn't be able to ask the bus driver to stop the bus.

I'm not exactly sure what my main point is. I guess it's this:  Mental differences (that's how I'm now going to describe the term "mental illnesses", after reading Glennon's blog ), actually have the potential to be disabling. As in an actual physical disability.  Because if your brain doesn't allow your body to do what you want, and ask it to do, that's a problem.