When Your Fears Come Spewing Out Your Mouth 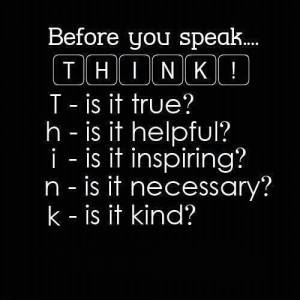 The h sometimes got me. Also the n... And maybe the k.


When Jordan was six and a half, she went to day camp at the YMCA, for a week. One day the kids went canoeing. She told me she really enjoyed it, but that it was confusing. That night she couldn't sleep. She was worried she would be required to participate in a canoeing contest the next day. We talked about it (and when I say we talked, I really mean that I talked, and she screamed and cried) and I gave her a few suggestions: “Maybe you could talk to your camp counselor about it.” “No!” “How about trying again, to see if it becomes less confusing.” “No!.” “Watch the other kids for a while?” “No.” “How about you just don't go to camp!” Cringe. “NO!”.

As you can see by my last suggestion, I was frustrated and angry. To me, it seemed as if she didn't want to do anything to help herself. If she would have agreed to not go back to camp, I would have been angry, and insisted that she go anyway. Chalk this one up to me speaking, before thinking about the consequences of my words.

Here's what was going through my mind: She's going to quit again. Whenever things get confusing, challenging, or push her out of her comfort zone, she wants to opt out. I'm not with her at camp, so she needs to speak up for herself. What will happen to her if she doesn't? And what about years from now, when she's out on her own? How will she survive as an adult, if she can't be a self advocate as a child?

Yes, this was how my brain worked. All of these worries and fears instantly bombarded my brain, and came spewing out my mouth as frustration and anger, especially when she was not receptive to any of my suggestions.

Believe me, I understood why she was nervous to row a canoe. First of all, it was a skill that she had not yet mastered. That in itself was enough for a child like Jordan, to throw in the towel. The fear of tipping over, and being submerged into water that had a mysteriously dark bottom, was another show stopper. These fears, I understood.

What I didn't understand, was why she wouldn't speak to her camp counselor. It would have been a short conversation with a young teenage girl, who probably couldn't care less whether Jordan participated or not.

Like usual, after we both had time to calm down and process the situation, we compromised. The next day, she and I both approached the counselor. I did most of the talking, but at least I modeled what the behavior could look like. Not surprisingly, Jordan was told that she didn't have to do anything she didn't want to do.

It's no wonder I was such a mess before, and after, Jordan left for college, especially after the bus incident this summer. It was as if my over-the-top fears began to come to fruition. And I was scared for her.

But so far, so good. Jordan recently told me that she's "killing it at college." :)