When Jordan was five and a half we went to her pediatrician for another assumed ear infection. She used to get them often. She asked a bunch of questions about infections and bacteria, and her doctor said she was "going to be quite a kid, because her thought patterns are very advanced for her age." What parent wouldn't like to hear something like this?

But during another appointment, she blatantly refused to let a nurse perform the strep test. She told her straight out, "No, you can't." Lovely. It took both of us to hold her down, before she reluctantly "opened" her mouth for the swab. It wasn't easy.

Jordan also informed me that she was afraid to cough. And when Jordan was afraid to do something, she didn't do it. There's that self control again. She would hold in her cough for as long as she could, until she couldn't anymore. By then she was so congested, and her throat would get all clogged up. Now she (and I)  had a valid reason to be scared. She would panic and cry, while gagging and gasping for air,

Once her temperature went up to 102.8. I always hated when my kids got sick, and I still do. But this particular time led me to have another one of those crazy-mama flash backs, and also a strange fast-forward moment.  In the same night.  Doo-doo-DOO-doo.

As I was lying in bed with her after she took Motrin, I remembered a time in the middle of the night when she got sick as a baby. She was so warm that I decided to give her a bath.  After the fever broke she began to tremble and shake, which frightened me, so I woke Adam up. That was the flash back.

As I lay next to her when she was a big five and a half year old, remembering back when she was a baby, she seemed like a mini teenager. We giggled and laughed because of how squished we were, laying together in her bed. It astounded me that she had actually come from inside of me. She was a real person, and I couldn't help but be amazed at how things had changed.

And get this...back then, thirteen years ago, when she had her 102.8 temperature, I tried to picture what it would be like if she were to get sick when she was sixteen. Would I still be welcome and comfortable enough to cuddle up next to her?  I imagined that if I still was, we would really be squished in her bed. That's the fast-forward moment.

Please tell me I am not the only one who has been plagued with these deep-mama moments.

I feel very fortunate that every once in a while, before Jordan left for college, I was welcome and comfortable enough to lie next to her when she wasn't feeling well, whether physically or emotionally.  And I was right- it really was much more squishy. 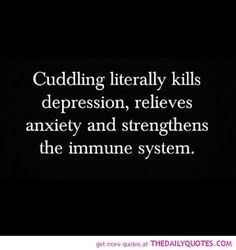