Big Emotions For All 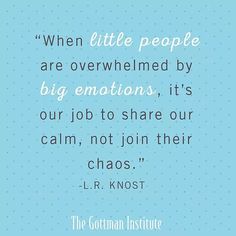 As I read ahead in my journal I found clarification regarding the last entry, the one that described the girl drama over who gets to use the bag. Firstly, it did belong to Kayla. Secondly, Kayla told me that she normally would have let Jordan use the bag, but since Jordan had given her a hard time for so long, about all of her boyfriends, there was no way she was letting Jordan use it. And the term “boyfriends” was a bit of an exaggeration since all Kayla was doing was texting and hanging out with a group of friends at football games, which happened to include some boys.


As a parent you tend to wonder (at least I did) how your actions will affect your children's futures. As Jordan accused, did we take Kayla’s side more often? Well, yes we probably did. I hated seeing one of my kids mistreat a sibling, and Jordan could be relentless. But how did this affect Jordan?


Perhaps if I try to describe in detail how one of our drama filled nights played out, it will help to explain why I worried about the repercussions of our parental behaviors:


Try to picture this:

But her independent spark, the one we intended on feeding and nurturing, was ultimately what was hurting her. It led to lack of sleep, no down time, stress, and an impossible desire for perfection.  Ultimately she began trying to avoid life by shutting down, in the hopes that the pressures would somehow disappear on their own.

And if there's one thing I am reasonably confident about, it's that life's pressures don't usually subside without some sort of self reflection or effort. (The key word there, being self.)