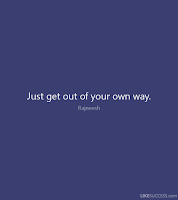 Here’s the next sentence written in my journal:  A breakthrough with Jordan!
I then described how the following two nights progressed. Jordan was stuck on a writing assignment. She sat staring at her computer for hours, so I suggested a possible topic. Surprise surprise, it wasn’t good enough. Well something was better than nothing!

By 9:30 pm I was beginning to get angry. I’m sure I didn’t say this with much empathy or sensitivity, but I blurted out: “Just write something, or leave it blank and be done with it. Sitting and doing nothing for hours is not an option; you don’t have to be perfect at everything!”  I guess this could be classified as cringe-worthy, although it was so hard watching her lock up and freeze, and then refuse to accept any help or suggestions. Witnessing such self defeating behavior, as a parent, was frustratingly painful.

While Jordan was in the shower I wrote down my idea for the paper, and left it on her desk. Miraculously, it was good enough to incorporate into her paper. She finally finished by 11:15.


This wasn’t the “breakthrough” I was referring to, although the fact that the paper was completed, and she was in bed before 11:30 is nothing to sneeze at. Nope. When the Becks encountered a breakthrough, it was usually preceded by quite a bit of turmoil and drama.