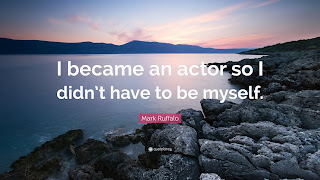 Watching Jordan act and sing in her first musical was emotional and overwhelming. It was almost surreal. Her facial expressions made her look like a different person. She was glowing and animated and appeared to be comfortable. It was rare to see her this way, so it was good, yet confusing.

Was this our Jordan, or was she in character and acting?  I wasn't sure. I do know that the time period before the show was usually stressful and chaotic. I was making sure she shoved enough food into her mouth so she wouldn't pass out, while she was obsessing about homework, costumes and stage makeup.

And after the show, she crashed instantly. The school lobby was filled with excited middle school kids and their families, all exchanging flowers and hugs.  But when I looked into Jordan's eyes, I could see that she was done.  When friends and family approached Jordan to congratulate her, she was about to lose it. She would muster up a smile, but I could see it was definitely time to go home. When we got home we would usually eat our celebratory cake or cookies with my parents, while Jordan voluntarily stayed in her room, alone.

I hate to stereotype, but many of the kids involved in shows and musicals are, to put it mildly, emotional (aka "drama") so I guess Jordan fit right in. :)