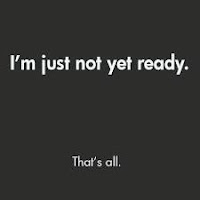 It's becoming more and more apparent to me that the instructions Adam and I were given by Jordan's therapist:  Turn her lights off each night at 10:00 and walk away, whether she was ready for bed or not, was probably the worst advice ever.  At this point we've been living with her for 13 years, and I can't name one time when we played hard-ball, that there was a positive outcome.  Even when she was a toddler she slammed her head into her crib bars, when we attempted to follow the ever so popular self soothing techniques.

There was no way in hell Jordan would have realized her predicament/weaknesses because we decided to leave her alone in a dark room.  I can just imagine her thought process: (feel free to read the next two sentences with all the sarcasm you can muster)   Hmm... Mom and dad turned off my lights, so that must mean it's time for bed. I guess I'll do just that, because they always know what's best for me.        Not in a million years.

I understand the theory behind Cognitive Behavioral Therapy:


Jordan would certainly be challenged, and she did want to alter the unwanted behaviors that were prohibiting her from getting into bed (straightening up her room, picking at her skin, doing homework, choosing clothes for the next day...) but there was one problem.  She was not yet a willing participant. She wasn't ready to face these issues head on, because she understood that doing so would cause her great discomfort and pain. I've heard the saying, "Sometimes you have to work through the pain to get to the happiness.", but let's be honest,  what 13 year old would be able and willing to do that?

Not ours, that's for sure.