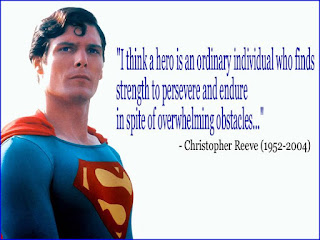 As if anxiety isn't hard enough to live with, let's tack on some intrusive thoughts, just to make life a little more exciting. Are you kidding me?

"Every highly anxious person has to cope with intrusive thoughts. Intrusive thoughts are frightening thoughts about what might happen to you or someone you care about, or what you might do to yourself or another person. They seem to come from outside of your control, and their content feels alien and threatening."

Jordan was dealing with this when she was younger, and we had no idea. She didn't tell us because she thought everyone had these types of thoughts. She had no idea that it wasn't "normal" (whatever that means). She didn't realize this until her first visit to a psychiatrist.

If she saw a train track, she would think about how easy it would be to throw herself onto it when a train came. Or she would picture herself jumping off a bridge or walking in front of a moving car. I told her that at times, I also wondered what would happen if.. but her answer to that was "But this was all the time".

Could you imagine having these types of thoughts all the time? Because I couldn't. And it's no wonder Jordan isn't driving yet. She used to have a recurring nightmare that when she drove with all five of us in the car. we would crash, and the four of us would die. Damn.

I have had anxiety dreams before, but nothing like this.

So obviously, being diagnosed with Generalized Anxiety Disorder (GAD) is way different than "having" anxiety. There are many people currently medicated for anxiety, Me being one of them. But GAD is a whole package of thoughts and life altering symptoms, that have the tendency to effect a person's quality of life.

The people who I know and love, who seem to have been graced with this "package" of crap... I mean, this package of diagnoses and symptoms, also appear to have been given many gifts. They are highly intellectual, have vivid imaginations and incredible memories, great communication skills, both written and verbal, as well as being acutely sensitive. Now, these don't sound so bad, do they?


So maybe instead of stigmatizing, pitying, or fearing what is not fully understood, people will look up to, and be in awe of, those who struggle. Because if you really think about it, with all that they have to contend with, they are kind of like superheroes.

Perhaps one day, this will be seen less like a mental package, and more as a "gift".