What Comes Up Must Come Down 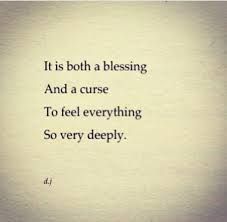 Jordan loved Kevin more than anything. At Thanksgiving dinner, she said she was most thankful for him. She constantly told him she loved him, but while saying it, she would hit him in the stomach and intensely gnaw her teeth together. It wasn't a hard hit, but still. It was as if she would do whatever it took to get a reaction or a smile out of her baby brother. She would make strange noises, sit on him, touch and poke him, or put her face an inch away from his. It was incessant.

She would also sit on Kayla (who at the time was two and a half) saying it was because she loved her so much. She would repeatedly tease and taunt her. As you can imagine, Kayla was not thrilled with her big sister. It was tough to take. There were many times when I did think her energy level was extreme, or manic, but I didn't really worry. Because when she was at preschool, she was very well behaved, and probably one of the quietest, most conscientious kids in the class. I guess, if anything, I wondered why our house was so exciting or stimulating for her. Or maybe she was just bored.

But even when we went shopping, she would act goofy, making animated noises and move around excitedly. This was in front of other people. It was such a change from the self conscious behaviors we were used to seeing from her, especially when out in public. I was glad she wasn't worried about what others thought, but it was a bit much at times. I assumed she behaved this way in order to fight for my attention, now that there were three kids, all vying for it at the same time.

When I think about this today, I feel I may have a better understanding of what was going on. It seems as if her internal emotions were almost too intense for her to handle. Even the positive happy ones, that I described as the ups. They made it difficult for Jordan to control her actions and behaviors.

I kind of picture it like a tornado. It starts out as a mellow, everyday storm. But the more stimuli the storm comes in contact with, the more strength it gains.

Everyday life, for kids like Jordan, is a constant bombardment of stimulation. It doesn't matter if the events are good, bad, or mundane. The more stimulation... the stronger the emotions.

So for Jordan, a day full of highs, or even "mediums" (which for most, would be described as a routine day) would almost inevitably end in a night filled with lows.

And the Beck household had our fair share of those.