A Parent's Roll in Sibling Rivalry 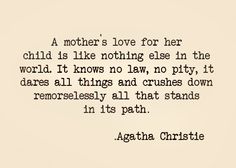 But, what if one of your children is 'standing in the path' of the other one?

Remember when I first began writing this blog, and I explained that my behaviors and reactions towards Jordan, were not always my proudest moments? Well, these moments became more prevalent as she got older.

The day before Jordan's 4th birthday she told Kayla “I want you to go out right now, and get me something special at the store”.  Keep in mind that Kayla was only 2 and a half. I guess this wasn't quite as bad as her saying to Kayla, “Don't play with me. Don't even talk to me, and don't play with your hair”, which is something Kayla did often, to self sooth. Kayla just looked at her with those bright blue eyes, not really knowing how to react. Jordan was just nasty, mean, and aggressive towards her. It was as if one of her daily objectives, included being cruel to Kayla.

This made me angry. so in my ultimate wisdom, sometimes I would treat her in a similar manner. I would make it a point to play with Kayla more often, and more enthusiastically, as if I was having the time of my life. She did not enjoy when I behaved like this. I realized the normalcy of an older sibling being mean to their younger siblings, but I still didn't like it.

So I ask myself today, was my behavior childish? My ultimate intention was for her to realize that treating someone like this wasn't nice, and that it hurts. I hoped she would stop treating Kayla so negatively. But seeing your mother do it, doesn't that just help to reinforce the negative behavior? Would she think 'Well, if my mother treats me like this, then it must be okay.'? I'm not sure.

I do know that my personality is somewhat “an eye for an eye”. If you hurt me, I will most likely retaliate in some way.  If you hurt one of my children, I will most certainly try to hurt you back. It surprised me that this held true, even when it was one of my own children, who caused the other one the pain.