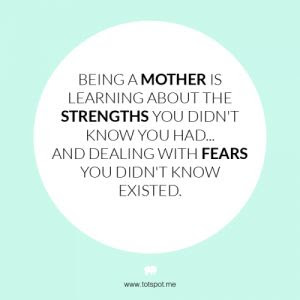 Or, I assume, being a Father.

I know there are many kids out there who don't like to lose. Surprise, surprise, Jordan was one of them. Actually, she hated it. One night Adam was showing her how to play chess using only the pawns, to help simplify the game. As he was teaching her the rules, he let her win the first game. She picked up the rules very quickly, so Adam played fairly, and won the second game.

When she lost the game, she also lost her mind. It was intense like the old days, during those terrible twos and threes.

I actually chuckled a bit. I believed/hoped that one day, if she found something she was truly passionate about, she would have it made. I am still saying this about her today. To be able to focus all of her emotion, intensity, perfectionism, and energy into something positive... it could really lead her to big things.

I realize that many traits Jordan possesses are shared with other children. The stubbornness, the tantrums, the freshness, the hating to lose. I don't want to sound like we had it so much worse, or more importantly, that all strong willed kids will follow the same path as Jordan.

Yes, when she was young, her tendencies did affect her life, sometimes on a daily basis. But back then, they didn't stop her from living a vibrant, inquisitive, dare I say "normal" young life. Maybe it's because her world was much smaller, and it felt safe to her. I don't have regrets that we didn't seek out professional help for her at these early ages. Besides, in my mind, there was no way we would ever medicate our children for any emotional reason.

My, how things have changed.

Parents still ask me how you can be sure that your child needs treatment. My only answer to this (and of course it's all very personal and individual) is that, at a certain point, it just kind of beats you down. The unhappiness, suffering and struggling of all family members, becomes so apparent, that it feels like a recurrent punch in the gut. And in our situation, I think we had a few too many punches, before we realized we needed to take action.

I'm sure I will be unpleasantly reminded of this as I get further through my journals, because there were many times when I totally lost it. I remember being told when I was a young parent, something to the effect of, "Just wait, because what seem like big problems now, only get worse as your children get older".

At the time I laughed it off. But at a certain point, when I began to see the truth in this statement, I stopped laughing. This is when we were faced with some of the most frightening, difficult decisions of our lives.