Rays of Sunshine and Tornadoes 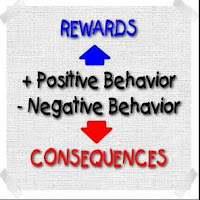 And if this doesn't work, then what?

Quite often Jordan would transform from the sweetest almost-five-year-old, by saying things like “Mommy can I write Santa one more letter to say thank you for the great Christmas?” to telling her best friend's mother "no!", right to her face. Afterwards, Jordan proceeded to lose her mind. We had to take her down their basement, away from the four younger kids, until she was able to calm down.  I know... the dreaded basement again.

What child tells their best friend's mother, "no"? Here's what happened: The mother told Jordan her girls were going to bed soon, so we needed to get ready to leave. That's it. That was the whole scenario. We were close with this family, so they were already very familiar with Jordan and her behaviors. I wasn't at all embarrassed. I guess I was more shocked. This was a first, to witness her moods and defiance, directed at someone who wasn't a family member. Yikes.

But here's another positive, proud-mama moment. Her ballet teacher told me that Jordan was like a “ray of sunshine in her class”. Jordan saved the torrential rain, hurricanes and tornadoes for us, which I guess is okay.

She was just so extreme. Super easy at times, but also ridiculously difficult. Intuitive and mature, but then volatile and explosive. It was very confusing. She would say things that showed me how much she questioned, and tried to understand concepts that were beyond her age. When she was almost five she worried about Santa. She didn't understand how he could get to every child's house in the whole world, in one night. All I could think to say was “It's Christmas magic”. I'm thankful this answer was good enough for her.

Who thinks like this, especially before they are five? She knew she was on a train before, but since she was younger, and really didn't remember the experience, it was as if this train ride was her first. I'm no expert, but this seems like a pretty logical thought pattern. It's certainly not how my brain works. My thought process when I was a child, would have most likely been more like, "Woo hoo, I'm on a train!".

Yes, we are very different people. It makes life more challenging, but also so much more fulfilling. It's almost like experiencing the world through a different set of eyes. Crazy.