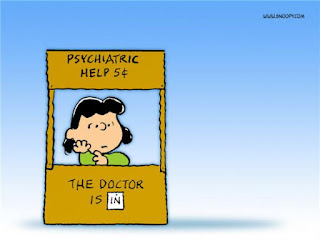 In November of 2011 we finally took Jordan to see a psychiatrist!  The visit went wonderfully well.  We all left the office feeling more positive about Jordan's future than we had felt in a long time.

Unbelievably, I think this is what I had expected. As if after an hour long appointment, this miracle man would have Jordan's entire life figured out.  He would know exactly what our next steps should be, he would reassure us that everything was going to be fine, and we would leave satisfied; confident that his foolproof plan was going to cascade our beautiful daughter into a life of health and happiness.

But it didn't play out this way.  First of all, the doctor had a very thick accent, and I could see Jordan was having a hard time understanding him. Then he suggested maybe we wait to put her on medication, until she had more therapy sessions under her belt... unless we wanted to begin medicating her right now.  Um, you're the one with the PhD. I have no idea what we should do next.